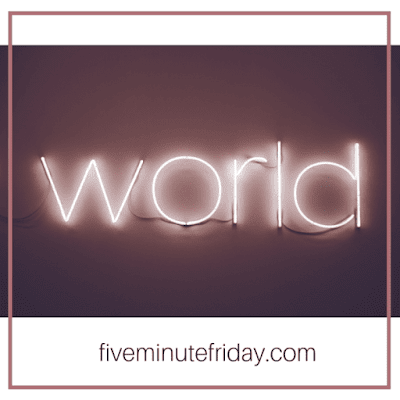 The prompt for Five-Minute-Friday this week is WORLD.

Click to visit Kate's blog, and this is the link if you want to join us.

Here is the link where you can read other's writings on the prompt.

God is so good at turning any upside-down world we might be experiencing, right-side up!

As we view the world through the eyes of a sixty-something-year-old, it is different than the view we had in our fifties. That decade fine-tuned our world, so we have the beautiful view we do now.

The forties were a whirlwind of life, along with the agony of losing the parents.

God was not testing us, he already knew where that journey would be taking us.

As we tested the new roads ahead of us, the world, on the other hand, tested us almost daily!

They were overwhelming, and at times inconvenient, but we never gave up!

As if going through a loss of three parents in 13 months, wasn't enough, the arrival of our first grandchild just days later and the announcement of a wedding several months later, had our emotions bouncing from excitement to grief almost regularly.

Lately, I've been reminded of those years as I put together some long overdue albums. These photos showed so much love during those times, there was no other path than the one we took.

Reconnecting with Jesus during those times, showing us that God is in control of everything, was just what this family needed.

Yes, there is still some...

...work to do, but it is the same work that others have or will typically be doing, just the routine everyday ups and downs this world deals.

It's just not about this world, it about praising the one responsible for it, so that we receive the gift of eternity in the world that matters most.

Believing in that faith, even when it is dark, will shine a light on it.

The only thing you can do when the world is stacking things up against you is to pray, just maybe that stack of stuff turns out to be what was protecting you in the long run.

For the most part of the last seven weeks, we've been trying to get a special MRI done that kept having one set back after another.

Usually, this test is done as a CT and w/ and w/o contrast. Since I can't have iodine, the only way for them to see what they need is with the special MRI that requires a nurse and medication. I'm so thankful He had me landing where I did.

Though those weeks were stressful, causing several anxiety attacks, it is being done today. By Gods grace, it took those turns to get to a tech who knew exactly what needed to be done. I will be walking in with the armor of God on, praying the whole time that it goes smoothly, so we get the best results possible.

If you would like to shout out a prayer for me as well, His ears are open.

See ya next week! 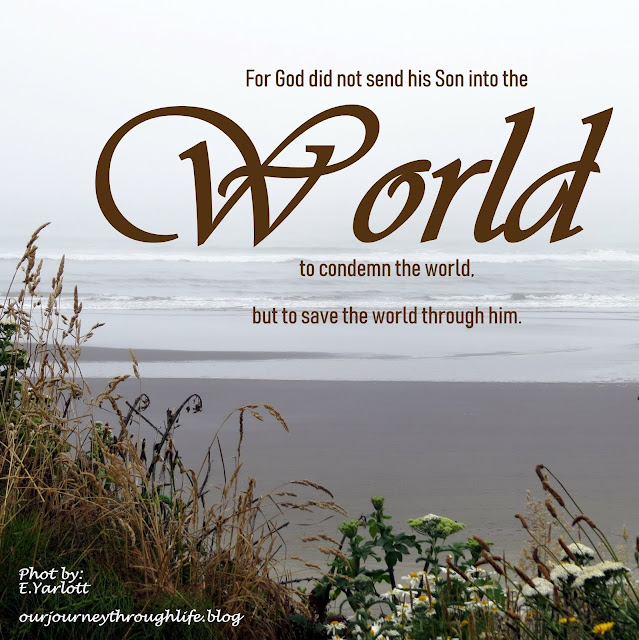