What a year it has been!

I am so sorry I didn't get to blog about the last season of it. Fall was just that, a FALL from, Once Upon a Time! I really would have wanted to FALL anywhere but where we did. I seem to fall a lot, it seems to go along with the journey. Plus I would have never started this blog if I hadn't been falling.

In between the tough times there were some great memories made. A family reunion in September was a blessing with so many cousins getting together and sharing some wonderful time together.

Our annual Boo Bash was canceled due to matters out of our control. Not only did our son who has bone cancer had to have his hip replaced at 34, but schedules just weren't working out this year.

NASCAR was a blast. It rained giving us the first ever night race in November at Phoenix. What an experience! 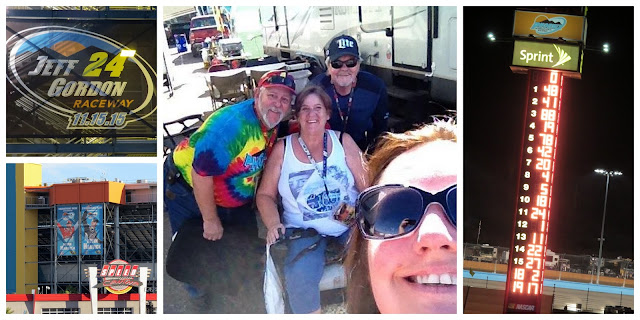 Thanksgiving was quiet, with both feast tasting yummy! My daughter had dinner at her house this year and did an awesome job. Earlier in the month we got to spend time with the Mesa Grand's. It was hard to be Thankful, but how could we not? What kind of example would we be setting? 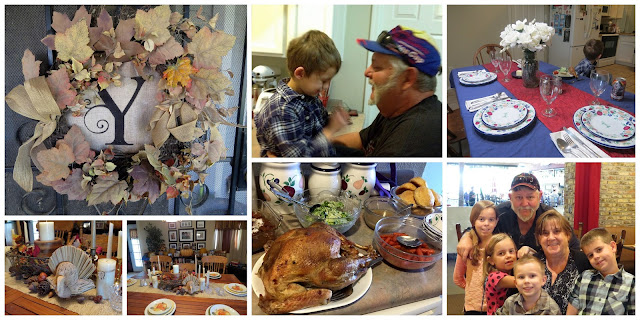 Christmas time was different this year, yet festive while adding a few new traditions. I ordered in my tree this year and was pleasantly surprised. So much so we plan to do it again next year. Another was creating and being a part of our local Christmas Lights Parade. Since it began I have always wanted to do it and this was the year! We had so much fun we already have plans for next year. 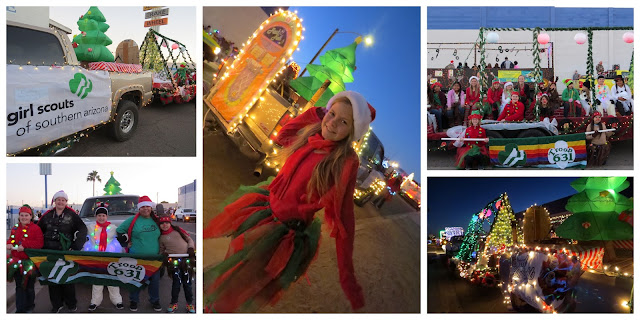 We made it through the holidays without much fuss. I wasn't in the mood to create a Christmas Village as I have in years past but it was wonderful. We missed the 3 Grands who moved to Florida this summer, but with iPhones and Facetime we were able to fill in the blanks. 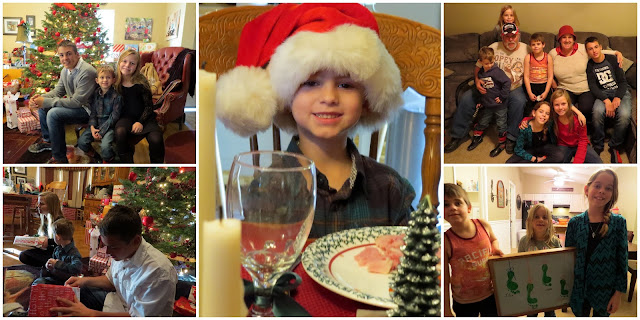 Which brings us to the end of a year, and like most people I try to make new year resolutions.
This time I am a bit lost.
The year did not present what we had thought it would.
Deaths change lives.
Courts change lives.
Moves change lives.
2015 Resolutions were either lost or just fizzled away!
Trying to make new ones for 2016 is difficult.
So much is UP in the air!
Though 2014 brought some interesting opportunities for our life, 2015 marked our 40 years together. It was sure to be the year we could see them through. After all they've happened before, like in 1993-1994 when we trusted them and it brought us to Yuma, AZ. Then in 2003-2004 we were presented with another opportunity, and though it didn't go in the direction we thought it could be going, it reminded us of what we had and what was so important and what was still ahead.
So, when 2015 was just around the corner, I thought it was time to take another plunge and go after what I believe will be a big part of our next 25 years.
Little did I know...
How many "T's" needed to be crossed, or even how many more "I's" there were that needed dotted. I still haven't gotten them all done and here I am, with the new year just hours away going over the next years resolutions. While I am banging the palm of my hand to my forehead for not getting them all done, I can however look back at what I did accomplish and got through this last year, all of which is allowing me to be right where I am.
Little did I know...

Sorrow would not only end our year,
it also began the new year! 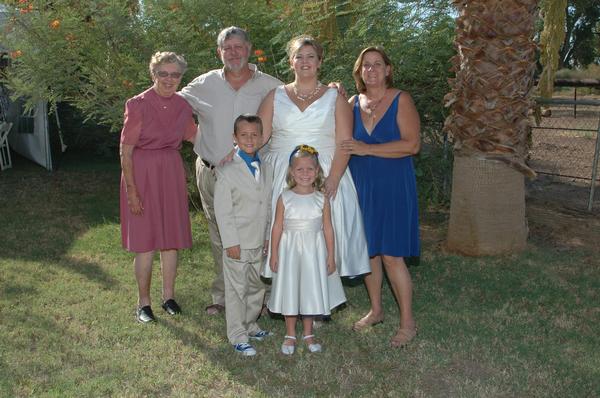 Losing Aggie was like losing the last link to my MIL.
Grief is a journey all it's own.

There was more grief to come! 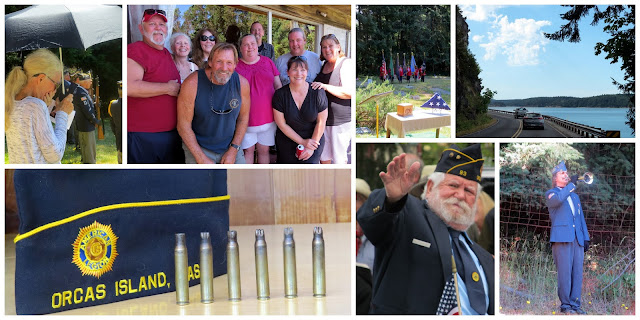 Uncle Bill!
No words are left.
Many were shared that day.
The journey to and from brought blessings.
Again, from the depth of my heart, there is a void... 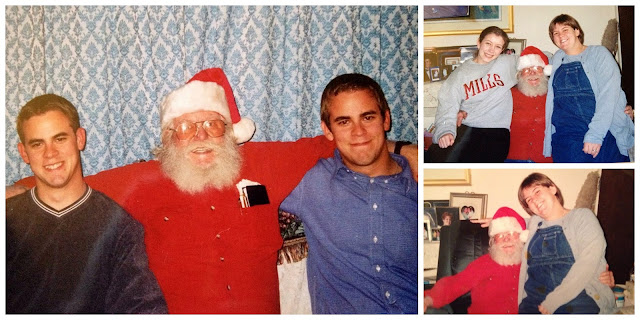 There was some change ahead!
Some was needed.
Some was unexpected.
It was the unexpected that threw us for a loop!.

Growth is LIFE, and a Journey is a Lifetime.

A journey can't become a journey until you take that very first step onto it. 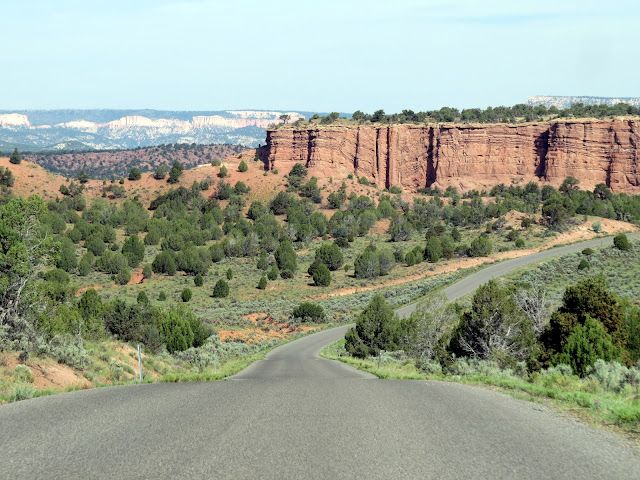 (Along our journey this summer, I took many pictures of the roads we were on. They have become backdrops to many of my projects.)

How many steps were needed
to prepare for such a journey?

Our move 21 years ago only took 3 months to put together.

Our Journey Through LIFE!

As we wait to ring in the new year, my new year resolution is... 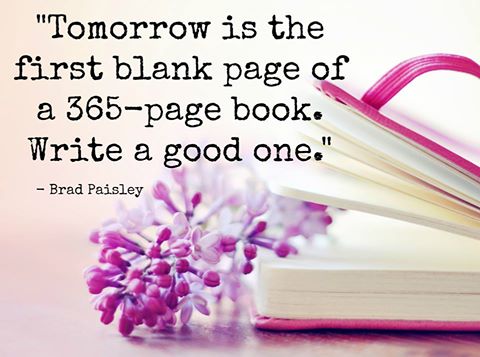 Oh, and from now on you won't have to wait till I get around to posting to my blog. I am launching a Facebook page and attaching it to my blog.
Please bear with me as I am new to this and afterall, I am and will probably always be "a work in progress".

So much to learn on this journey!
Posted by: Elizabeth No comments: