Prior to that glorious vacation, the little hummer’s were getting bigger. 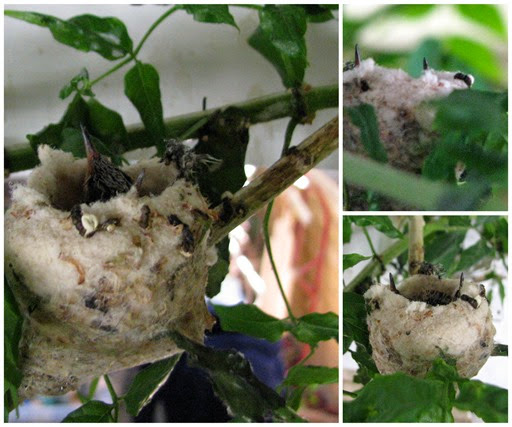 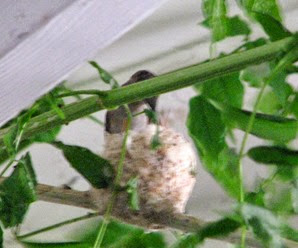 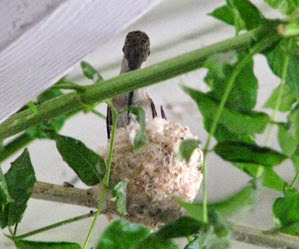 As they approached the three week mark, it was getting really interesting. They’ll be getting ready to leave the nest as we get back from vacation. I got to see them testing out their wings in preparation for their first flight. Each day I would ask them to slow down, don’t grow up so fast or I won’t see you again! In the next few days, these little baby hummingbirds will fly away as real adult hummingbirds, never to return back to the nest.

Will they be there when we get home?

The first thing I did when we got home was to go out and see is they were still there…well after spending a good half hour with Bella!

Look how big they are! 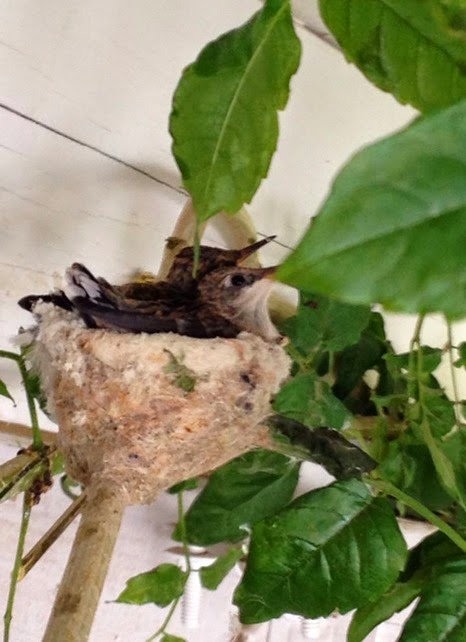 As I was up capturing this great photo of them, I was startled by the momma coming back. As I jumped down (not an easy thing for me to do) I hit the branch which made one fly off and the other hanging from the nest by it’s feet. Didn’t take long for it to regain it’s bearings and climb back in, then the other returned for the night.

The next day, they were gone. 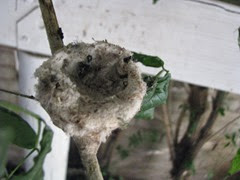 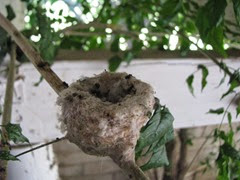 I felt so blessed that they hung out for me to get home.

Oh, but they didn’t go far… 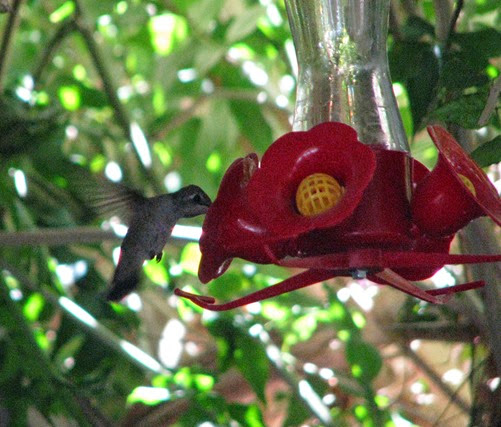 Everyday they come and drink from the feeder. It’s getting harder to tell them apart from their mother. One, which was the littlest, must have fallen out or not made it back after a test a flight that first day. I kept hearing this odd chirp sound, so after bit I explored looking for it’s location. As I approached the old cast iron tub below their nest, all of a sudden it flew up toward me. Jumping back, it landed under the chair. It was obvious it was having a hard time. Each time it tried to fly up it would hit the bottom of the chair and land on the ground again. Finally by stepping behind, my movement made it take another shot at the flying and was out from under the chair. Only it didn’t get far.

First thought was to help it back to the nest, but how?

As I stood there observing the situation, I took another step out from behind the chair and it flew up on top of the garden cabinet. There it was in a ray of sunshine and began to perk up. A few minutes later, after a song of chirping, it flew off.

Just a day later, as I sat outside watching for them, all three eventually came to the feeder. The funny thing is, the little one that had a tough go of flying, still makes that sounds when it comes to the feeder, as if it’s saying hi! They are not startled by our presence and will fly up, over and around us, as they buzz toward the feeder.

What an unbelievable experience for “Our Journey Through LIFE!” to get to capture. Enjoyed every moment of it!

The BEST Mother’s Day, EVER!

How fast it goes by!

In that time I have had some wonderful Mother’s Day’s, all special in their own way each year. But this year, with all the changes happening, with all the milestones we’ve reach, and with all the investments we made in our children, our oldest put together a trip of a lifetime!

No, it wasn’t to Paris or any other exotic destination that most might dream about.

Where else is there?

“The Happiest Place on Earth!” 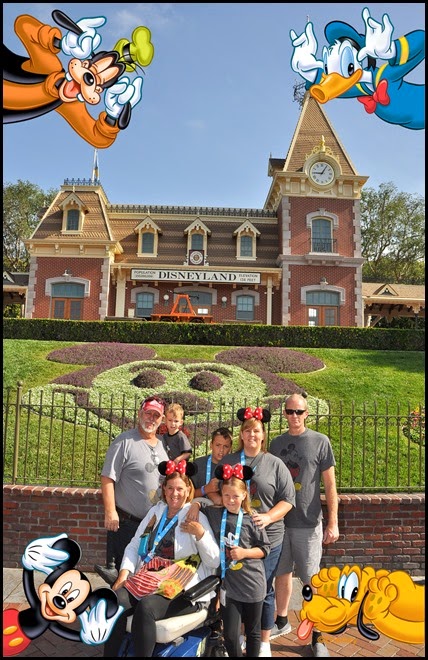 She did a great job of scheduling, keeping track of fast passes, capturing it with their photo-pass option, and ending it all with a character breakfast, I can’t think of one thing she forgot! 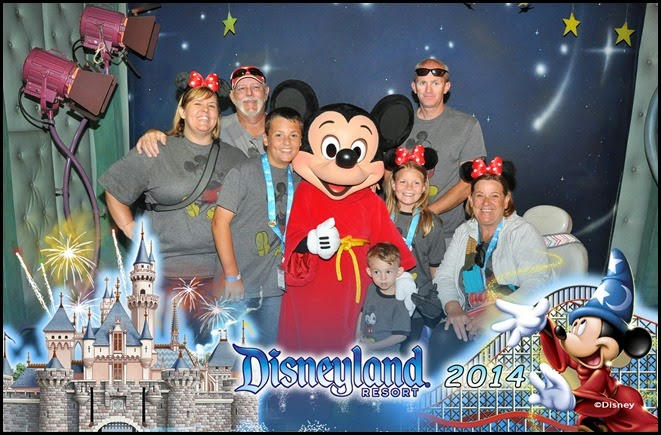 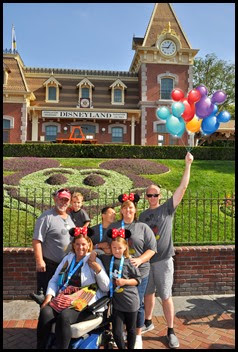 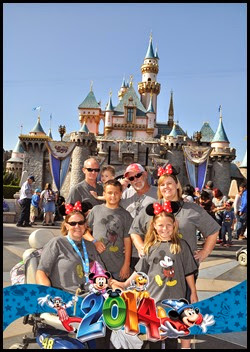 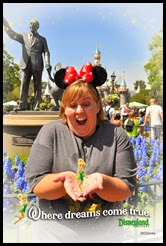 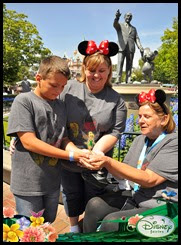 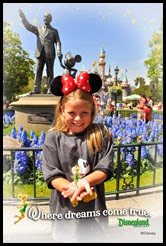 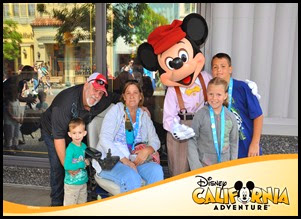 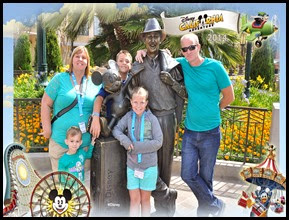 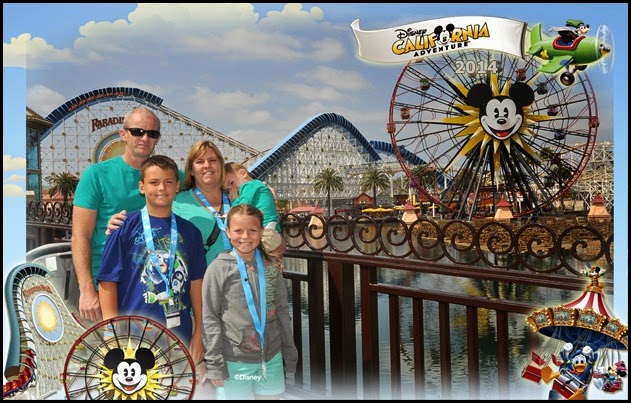 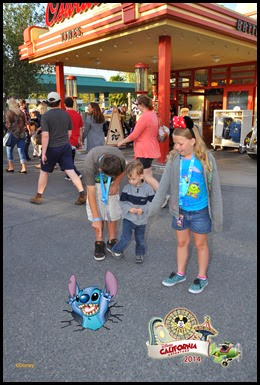 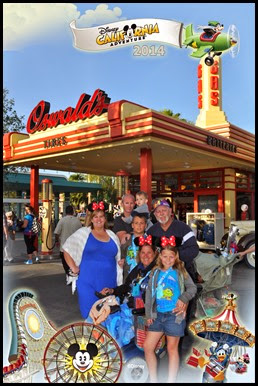 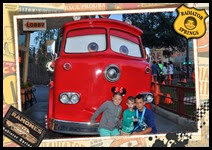 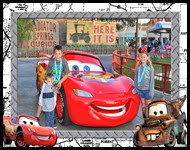 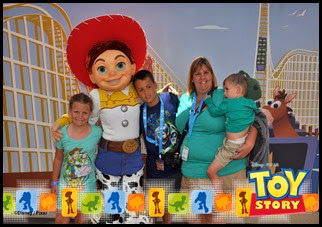 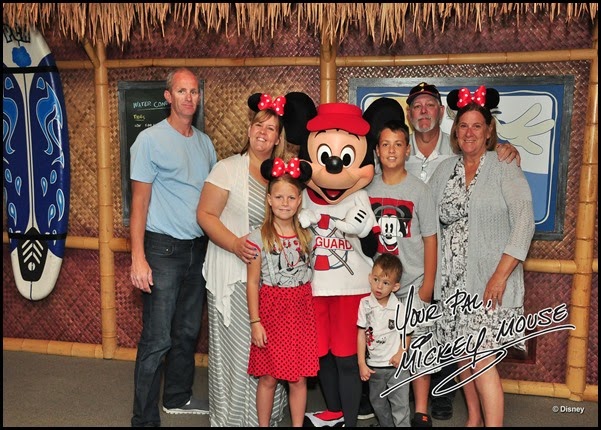 I think this will be my favorite Mother’s Day Generation Photo for a long time. As “Our Journey Through LIFE!” continues on, one never know if something better down this road will top this, but I’m sure they will try! 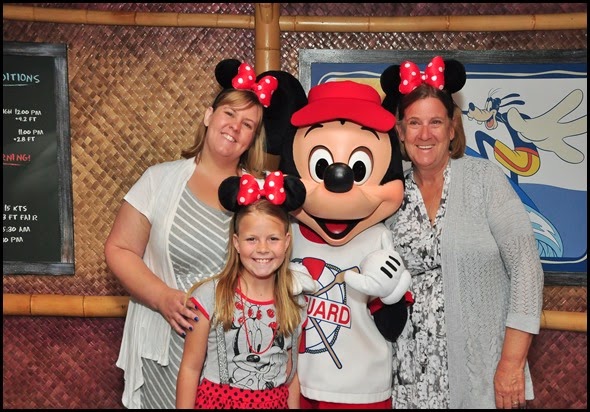 All those years that I did the packing, the schedule plans, waking up before them each day, making sure our vacations are as awesome as they can be, has paid off. All 3 of my kids have developed a lot of my parenting talents, among other’s, and being the best parent they can be, well that is a blessing I will never dismiss. They all go over and beyond in their duties as parents to assure their children have the most wonderful and memorable childhood possible. They know these years are the most precious but also the most important. They are building on a strong foundation and have as they always will, rise above any of the challenges put in front of them. How they parent, will impact how their children will parent, resulting in some incredible adults!

Blessing, always blessing to be their mom, a part of their and their children’s life, touching their hearts in so many ways that the stories will be told for generations to come.

I hope each and everyone of you had a wonderful Mother’s Day as well.