Adventure Of A Lifetime

Everything you want's a dream away


A journey for me isn't about traveling to just a place or going on a vacation. A journey can also be about our every day lives. There is a beginning and an end, and it will surely include lessons from the past, experiences of the present, and dreams for the future. It's through life, through sickness and in health, through good times and bad. Through riches and through debt. Life is one big journey, a series of adventures within it, creating one big, wonderful, awesome life with so many seasons!

Under this pressure, under this weight. We are diamonds...

During our 40 years together, the dreams, the adventures, the roads, to even the challenges, contributed to it being our adventure of a lifetime, Our Journey Through LIFE!. I wouldn't have wanted to gone through it with any else. Looking back on our journey, there is not a single thing I would want to change or do different. To think I thought differently at one time or another along the way. What ever was I thinking? What if I had given up. Given in to the opinions of others. Why did I stop listening or seeing what Gods plan was for me? Why, became the aha Oprah talks so often about. It was always right there in front of me, yet I was so distracted by what this crazy world was throwing at me. Oh, and to top it off, I was the one catching it. Seriously! What was I thinking? I know I wasn't thinking of God. I was to busy!

Difficult times called for difficult choices. As much as I would like to go back and change those times or those choices, it would then change the present. That just won't do. I LOVE were I am. I LOVE my hubby. I LOVE my children and the grandchildren they have given me. I LOVE the family and friends around me.

We are diamonds taking shape...

And yes, I have always LOVED God, but I began learning to LOVE Jesus.

Over the last several years I began focusing more on who God was and why He sent His only Son for us, and for me! Really, me! Sure being raised Catholic, I was taught of Him but never really knew Him. I had some awesome women set outstanding example of faith, and I admired them, but to be like them, I was not sure I ever could. I received all His sacraments the church required, but it was more like I was doing what was expected, not because I wanted to. I remember wanting to be at other churches, (introduced by neighbors) singing and celebrating, making things while learning about Him, VBS in the 60's was so much fun! Oh, but that was not allowed. I soon learned to just go through the steps, and do as I was told. As an adult, I was able to make my own choices for my own faith. As lost as I was, He knew just where i was and put the right people along my path. Each time all the lessons and words of the bible effected me, encouraged me for that season, then down the road something else changed the path. There was never any real leaps and bounds until that first bible study some 40 plus years later. "Gods Greatest Gift to Women, Jesus" was my first encounter with actual bible study. Learning how to read the bible, along with doing homework, was new to me. It grabbed me from the very first night. The more I learned of Him, the closer I got. The closer I got, the more I learned. I am still learning! 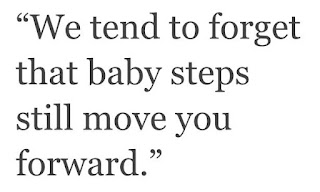 If we've only got this life...

Yesterday, was a good example of what He has done within me. I had my first dance with the insurance company. My first reaction was to throw in the towel, raise my hands, and forget it, just cancel all my appointments. Instead, Pause, Pray, and Reflect. Just BREATHE! Awe...now was the time to test those steps, to trust and have faith in the ones already in place for just this reason. For this season!

Seems now that I have insurance, I need a referral to the cardiologist I started seeing last year. OK, no problem, we'll just get that set up. Nope, it just can't be that easy. If it was hubby being referred, no problem. However, because I had been seeing the doctor since 2007, so I am established under his old TI#. Hubby being a new patient, got set up under his new TI#. Each time the girls in both offices changed his number on my account, once the page was refreshed it went back to default. By the end of the day, all three ladies sounded like they were at their wits ends. I don't blame them. Problem was being turned over to a supervisor who had the tech knowledge needed. As it turns out, since the fall or there about, both offices have been having these issues. Pointing out the TI#'s will not only resolve our issues, but also others who have been having the same problem. I heard the opportunity to bless them for their jobs. Asking God to take the burden, present it it to those who can resolve it, and be patient, worked. I am so thankful my daughter has the grace and the Holy Spirit within her to deal so professionally with people within this system. I am improving, but remember, I still take baby steps. At the same time, the extra steps and understanding the others girls had all day needed some of the glory too. The best part, I didn't come across as some crazy old lady, LOL!

I'm so inspired by what Beth Moore recently said on her new TV program, "I'm going to have the Guts and Glory!... Yes, I'm scared to death!...That is Audacity!" That was yesterday!

"We want to be great and mighty in our War Rooms, but not have to deal with dirty underwear in our wash rooms!" What a hoot she is!

I'm reminded of my favorite saying from back in the beginning of this sometimes spiraling spiritual journey, "It's their junk in their trunk" and "Crap belongs in a toilet, flush it!". I learned I needed to close my gate to my garden. To many weeds had been brought in. If your not here to help me tend it, please don't give me more work to do. Really. I know that sounds way out there but seriously, between the voices in my head (the ones we all have while deciding what is right or wrong ones) and the voices of others, it became a raging war that changed the scenery! I not only had to close my gate again, I even had to let the garden die! Yep, no water, no life! No problem! That is some DEEP pain to admit, but in order to get above, sweeping it under a carpet isn't going to help. However, the possibility of tilling the garden with it, just might make things grow better.
Will I have the "Guts" to open that garden up again? Will I have the "Glory" when I see the seeds planted begin to grow again? Oh, Lord Jesus, I sure hope so!

Remember my New Years resolution...
The morning started with me looking for some clip-art to begin this post with. I totally believe whatever will be this year, will be. When I found this one, it was like the perfect one to use.

Talk about a flood of memories one picture of a dandelion can create! 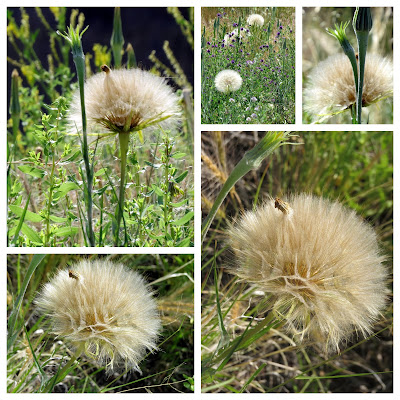 Last years road trip to Orcas Island covered 4200 plus miles and I captured over 2400 photos of the journey. There were times we had to stop along the Scenic Byway 12 so hubby could deal with some business on the phone. That's when I would get out of the car to stretch my legs and capture more of the beautiful scenery around me. While stopped at the top of the summit, I couldn't get over how BIG these dandelions were! They were the size of a baseball. No kidding! I just had to see about making a wish with one! Oh boy, it could be a real BIG wish! As it turned out it became more of a prayer. I remember I said something to God about how He created the dandelion and to take these seeds of wishes and dreams and plant them then along my path. Then I needed a BIG breath to help all those tender seeds to go flying up. It was by no means a coincidence!

I remember feeling a breeze swoop over me just as I was about to exhale all the breath I could muster, offering me the help I needed to not leave a single seed behind. I was just in awe of the feeling and my surroundings, not just at the moment but the whole trip. It was a once in a life time view of our beautiful country. I embraced so many moments of that journey. Grief can bring many things, but on that summit, at that very moment, a calm had come over me.

Fast forward to today. I was preparing to write this post about the 'i's' dotted and 't's' crossed so far this year, only to be reminded of why God gave me that moment. Though I can't divulge exactly what my entire wish/prayer consisted of, I can say part of my prayers have been answered in the way of...

2016 was to be the year and here it is. I must add that I am also very thankful for my daughter who did ALL the 'i' dotting and 't' crossing for me. I love her and her brothers so much. A while back, my son had posted on Facebook;

"For the first 18 years of your life, your parents provide medical insurance for you. And most do. As their child, you should be allowed to put them on your insurance for the last 18 years of theirs. Just saying. I wish I could take care of my parents like they took care of me."

As I continue to age and they continue to grow into these awesome adults, I tear up often over the littlest moments like that.

I never thought I would have seen as much as I have and with insurance I might have just been given even more time. Time to take care of things only insurance would allow. Being a cash patient had it's benefits when things were progressing slowly, but once it got to the point it is now, treatment is needed for more quality time.  It will be a different time, but time all the same. Medications will create change, but welcomed and hopefully will remain manageable. Surgeries will be difficult, not to mention scary, and will also create change. Even the recovery will create change. Over the last couple years, I have been praying and preparing for the changes insurance could inevitably bring. I welcome the changes and will continue to watch for everything Gods plan has to show me. With Him, all things ARE possible!

Our Journey Through LIFE continues

Day One, It All Starts Here...

Who else stayed home last night?

We haven't done the party thing in a couple years.

And that was with these 4 wonderfully, happy faces. 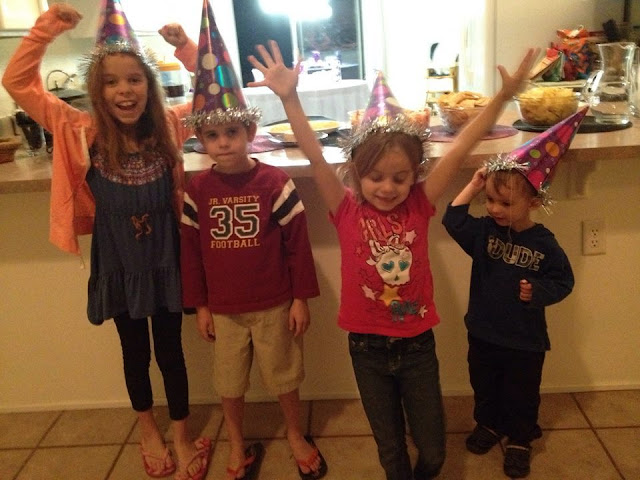 I was even in bed before 10 last night.