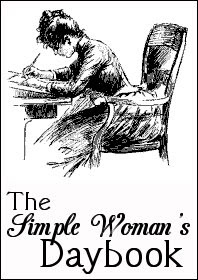 Looking out my window... 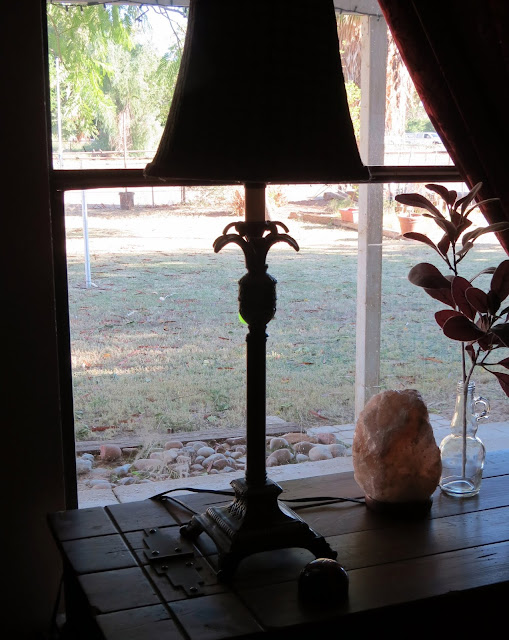 ...I see my yard is finally looking good again.
I know it looks a little brown but one day of irrigating will take care of that.
We hired a couple new guys to take care of it.
This time we didn't hire from the recovery pool.
I'm sad that we had to go another route.
There are so many that can't get a real job but need real income.
They have a past most employees shy away from.
For a good reason, but they can have a second chance at making a better life.
We always got good men who worked hard.
A few have lasted a year or two until they finally got a real job.
One we even hired as a route driver for our business.
Until he had a relapse that is, sad face.
I really thought he was going to do it this time.
This time we hired a father and son team who was recommended by someone in our church.
They use them for their home and rental.
So far so good, actually GREAT!
They removed all the debris from Hurricane Rosa.

She wasn't supposed to arrive till Monday, October 1, but she showed up early.
Sunday about 1:00PM. it began to look like this... 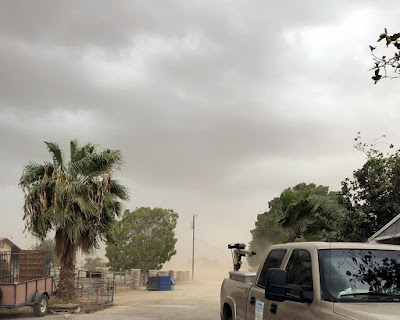 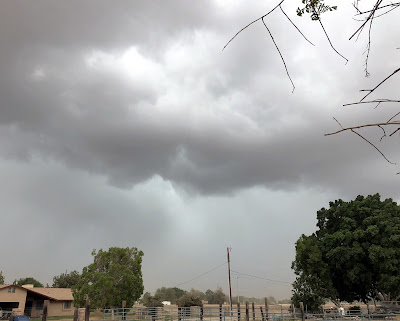 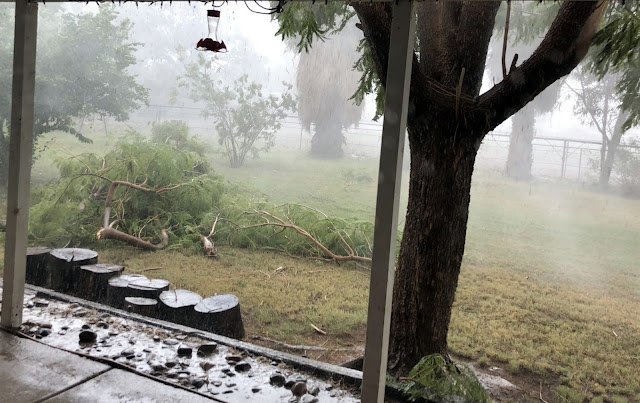 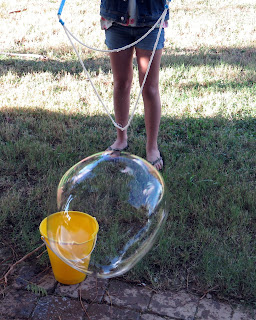 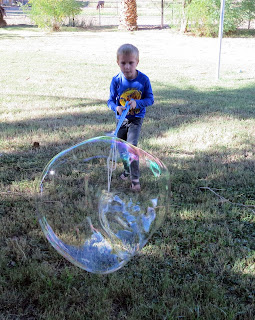 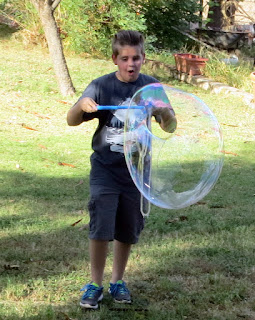 ...to have these guys visiting.
Our son is doing some repairs for us.
The first plan was for him to cut up tree limbs.
Only to find, our chainsaw needs to be repaired.
Figures!
Second on the list was getting things cleaned out of the guest house.
It's time to turn it back into something we can use, instead of for storage.
He was able to remove and replace with sheetrock and siding two doors we don't need.
Two rooms are cleared out.
My job is to get what will be the living area, packed up. 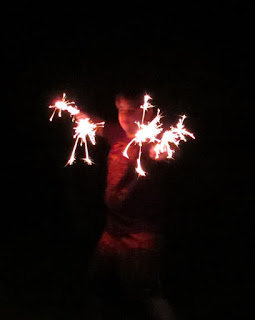 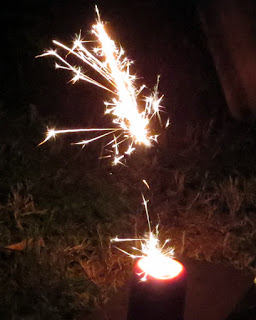 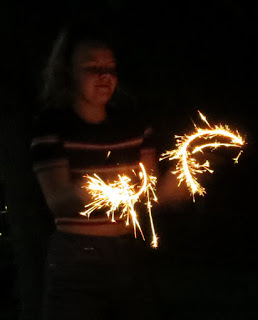 ...how lucky I am to spend some great time with the kids.


I hoped...
...Sergio didn't bring the same damage as Rosa.
He did produce a small tornado out by YPG! 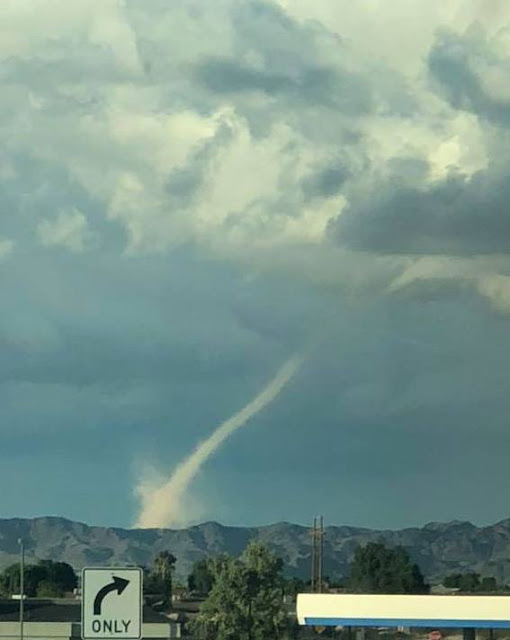 And he did dump a lot of water north and east of us.
All we got was the clouds moving by, and the sunset reflecting off them. 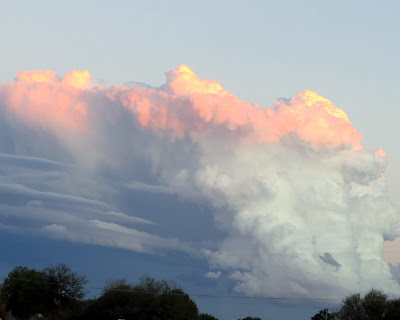 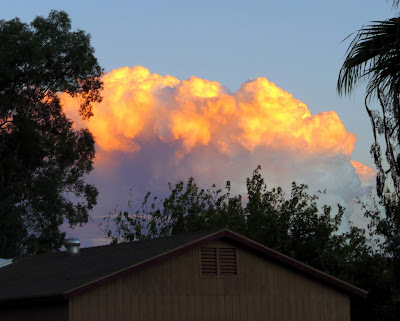 I am learning...
...that writing a book takes time.

I am surely not one of those writers who can whip a book out lickity split!
I have been working on it for a while, and am learning I'm not the only one.
Some writers take years to produce a book, so I am right where I should be! 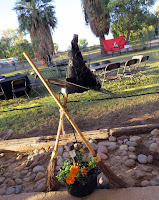 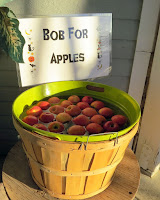 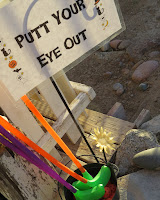 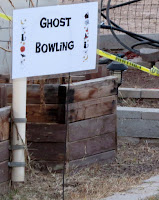 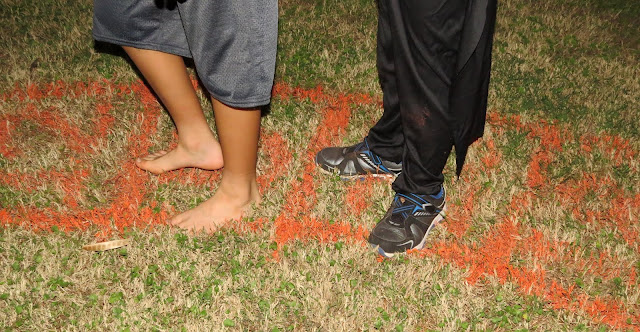 ...another successful Boo Bash!
Our 10th Annual actually!
26 kids came, played, painted, and went home happy!
I love watching how many of them grown from year to year.
Some were babies that the first year.

I am wearing...
...my lularoes!
I love how comfy they are.
I don't have to go out shopping for them.
I watch the consultants videos and comment sold on the ones I like.
Then they show up at my house.

I was watching...
...the pest guy remove cobwebs outside before he starts spraying for bugs.
Once the hour was up, I let Kitty back out and was watching her explore more.
She learned how to get on the roof.
She reminds me of a toddler who learned something and
then repeated doing it over and over.

Since Tucker died, she has been missing him. So have I!
She used to terrorize him, though she thought she was just playing! 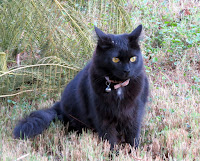 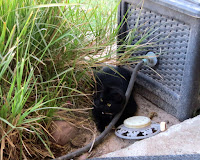 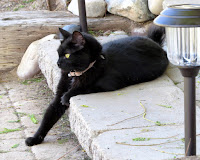 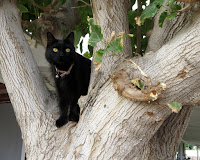 I've been letting her outside in the mornings now that they are gorgeous!

Another favorite of mine is to do my devotions during this golden hour and capture moments from the morning.

In my kitchen...
...is the remnants of a party waiting to be put away for another year.

In my garden...
...we have it ready for the rock to go down.
I am almost positive this will stop the weed problem.
Once spread out, the planter boxes go on top.
No more bending over to garden which should make it easier. 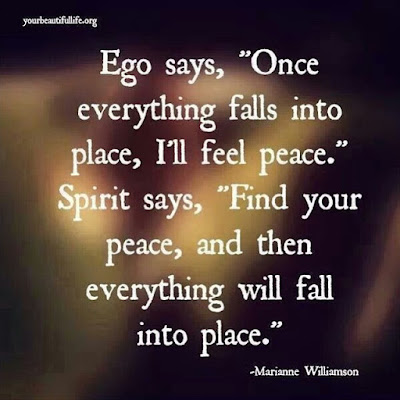 Some moments from October 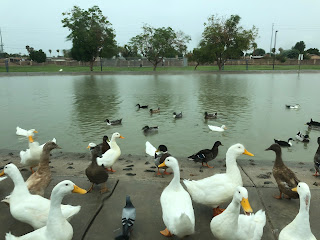 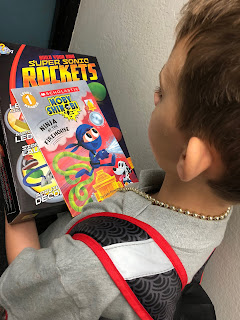 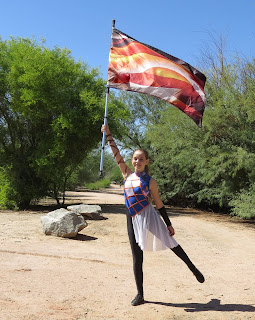 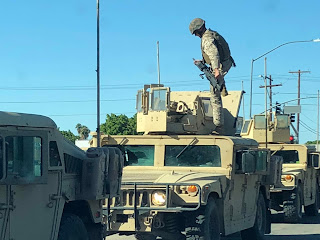 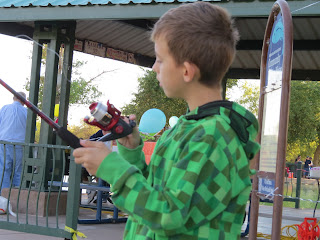 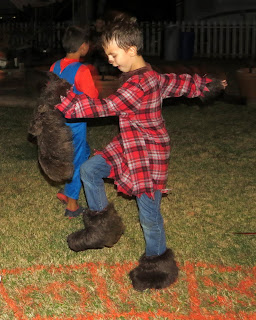 If you want to participate in the Simple Woman's Daybook,
click HERE and follow the steps she has made available.
Posted by: Elizabeth