Have you heard of Color Me Rad? 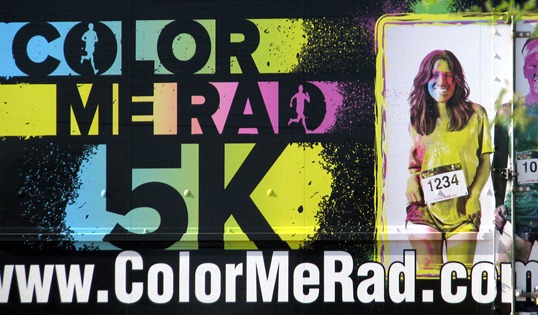 It seems to be making it’s way around and it made it’s way here this last weekend.

However, with all that is going on in Our Journey, I wasn’t going to get to excited since I really shouldn’t push my limits that far right now. But when our daughter, who has some really awesome friends, was given 3 tickets for her and the kids, (her hubby had to work) I had to at least go as a spectator and cheer them on! 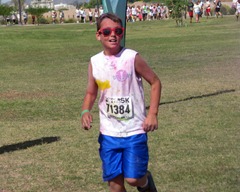 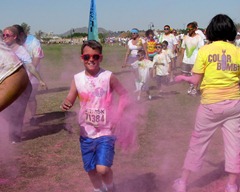 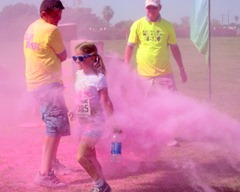 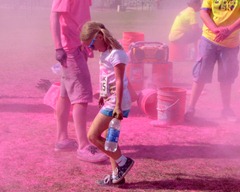 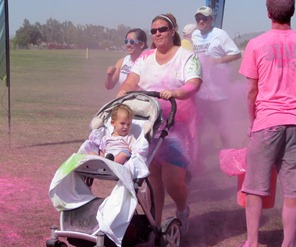 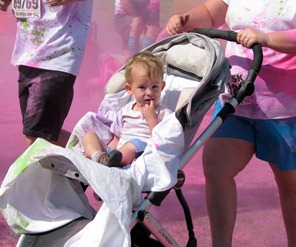 There were 5 stations where they got bombed with color. We got there early in order to park close to station #3 and we’re surprised for it to be the pink! Who doesn’t love pink!. My daughter is an awesome mom and she gave her older the kids the freedom to run, or walk, the course ahead. They knew where we were and really enjoyed being cheered for and photographed. They looked tired, hot, but were not quitting. They finished the 5K in 1:40-1:50 respectfully. Not bad for a first time ever 5K run/walk. They were by no means last either. So proud of them. 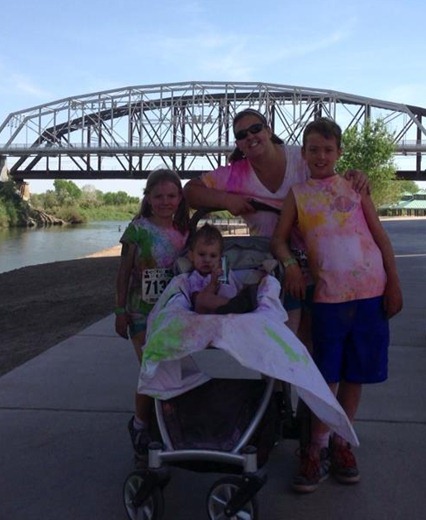 If they come back next year, I told the kids that I will attempt it if possible, after all we have a year to train for it. With all the progress I made last year, had I not caught that bug, I know I probably could have made it, and once all this testing and results are in, I plan to get right back at it.

Love the color Our Journey Through LIFE! had over the weekend!