While other were out hustling and bustling though the holidays I was laid up in bed!

Not before my one and only Holiday outing though! 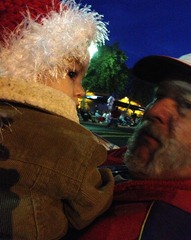 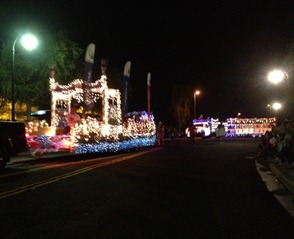 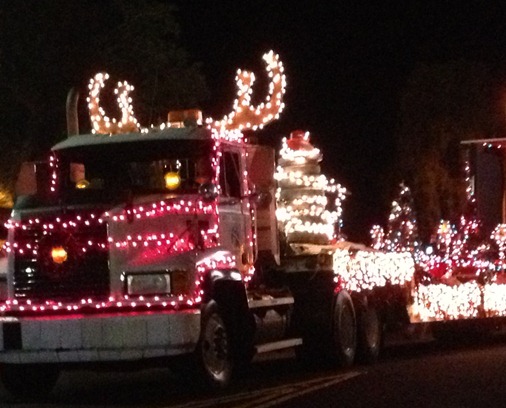 While during our annual Lights Parade, I began to feel yucky. Started with a tickle and quickly went into chills with aches. Barely able to walk back to the car, hubby went ahead to bring it to me. So Thankful! Once home and snuggled in bed with the heating pad, I was able to rest and didn’t get up for 3 days.

Then it was just to the doctors. 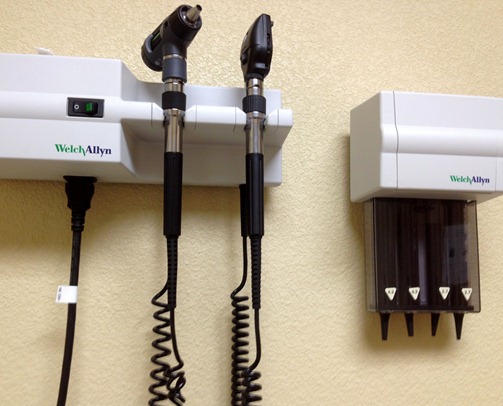 Worries of a blood clot was the topic but, again thankful it wasn’t that, but I did have a bad case of bronchitis. My o2 stats were 94, 91 he would have admitted me. Time for Albuterol! Which at first I was in love with until the side effects showed their ugly face. I just told myself I am going to have to suck it up and take it to get through this. On top of that I was prescribed another drug Benzo something which one of the side effects consisted of confusion, as if I’m not confused enough!

After a few days I needed something, something to make it feel like it was the holidays, so hubby went out and brought home our tree. Yes, I let go of the control over the perfect Christmas tree, and boy did it surprise him! However it will take a few more days, ok it was more like a week before I could claim victory! 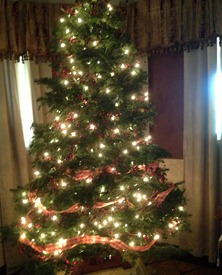 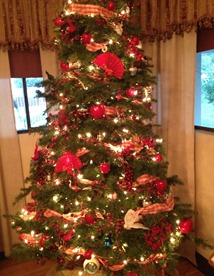 My wonderful daughter brought the kids over so I could watch them make their gingerbread house.

Sometime I over challenge myself, but that is just how I roll, so it is no surprise that I take on the 8 “Grand” tree’s! I played around with Picasa…. 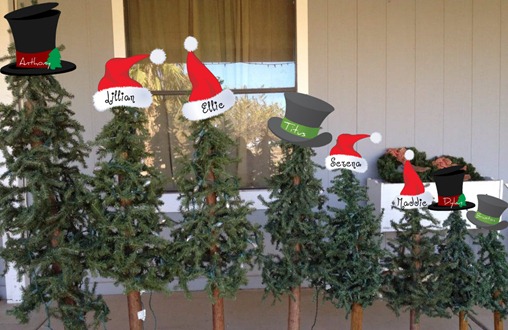 However this is not how they will  look, but it was time to get them in their place for the season. 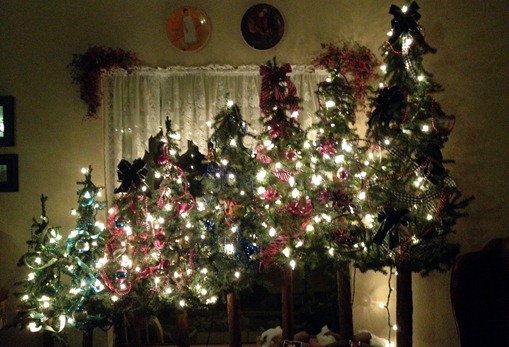 And we’re almost ready for Christmas… 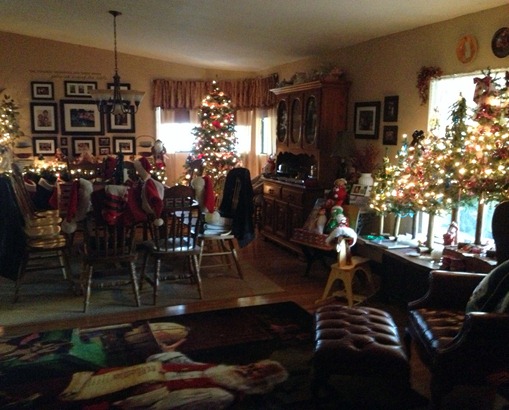 It’s missing something? Oh, the presents! Well you see we won’t be doing our gift exchange until tomorrow. Odd years are our holidays in this extended/blended family. And boy is it a blessing this year! I was no way ready for the actual Christmas day at all. With only 1 shopping day under my belt by Christmas Eve, I knew I would do better after everyone else was done hustling and bustling, plus I will be able to take advantage  of all the sales!

It lent me the time to putt around the house doing all the finishing touches and setting a table for 12. Everything is repurposed in this house before it is ever thrown out. Tends to allow many options for creativity and this year table shows it. for the first year the older grand's will be joining us at the big table. I think they will enjoy the setting. 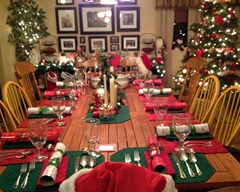 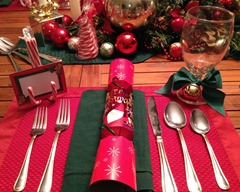 Stockings got filled and names were added but have yet to take a picture of them. Still using the cell phone, at least till after the New Year!

Hubby took on the task of wrapping  while my daughter came and made fudge, sugar cookie dough, no bake cookies and some peanut butter cookies. Things are slowly coming together but there are presents under the tree’s. 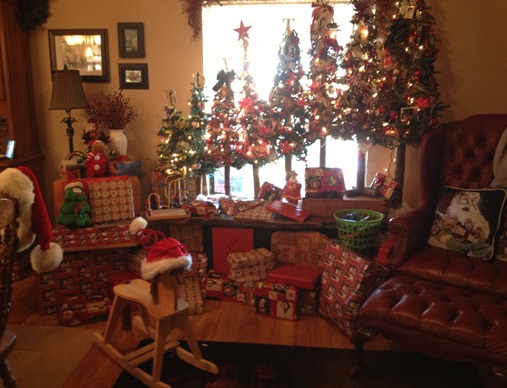 I guess going out in public wasn’t such a good idea. My immune system is still weak and caused a relapse. Bah Humbug to this bug! I have a feeling I will be back at the doctors next week if I can’t get this under control.

So there you have it, our crazy Christmas update. Hope you all had a wonderful holiday and may the new year ring in bright. Till next year, thank you for being a part of Our Journey Through Life.