Something to Chirp About! 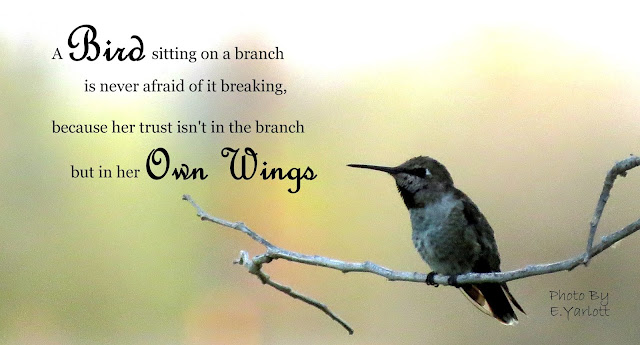 Besides hummingbirds, we have had our fare share of others birds visiting as well. Some stay around for awhile, others are just stopping by for a brief pit stop as they head south or north depending on the time of year.

Have no idea where he came from. He actually hung around for quite some time. I even ran up to the store for food. We thought if he/she hangs out longer, we should think about a cage. It never came to that as he was gone the next day. 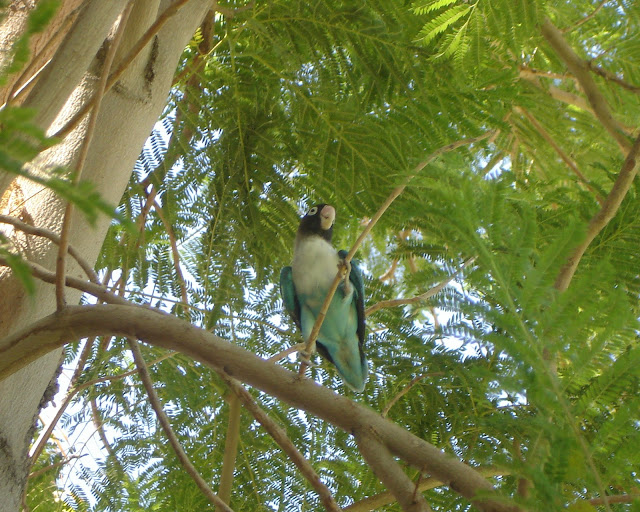 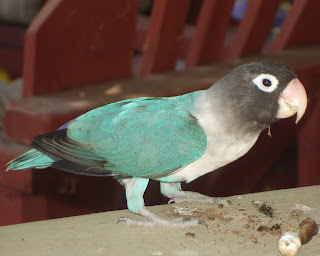 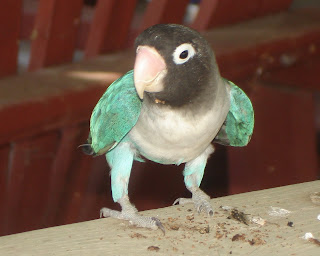 I had a roadrunner hanging out for a brief time as well. Actually, it was during our time of grief that it's brief visit lifted our spirits. My MIL loved roadrunners. In 2002, after her death and while my FIL was here with us on hospice, one kept walking back and forth along the brick wall outside the window. He talked with it as if it was mom. During a time like this, so many experiences and feelings arise. When you have a strong spirituality, being open to what God does, is so remarkable. I believe she did have something to do with it's visit and the timing was perfect to help keep his spirits up and ours.

After his death we didn't see it for a while. About a year later, while finishing a big brick project I had been working on, on the front porch, the next morning after completing it and it was out there checking out the work I had done. Walking all over it, hopping back and forth. It soothed my soul. You see, during the job, which was quite a chore for me to do, I would pray to God about her son. He was dealing with their deaths his way, and this was how I dealt with my grief, doing projects and gardening. To have her spirit come in the form of that roadrunner worked. The peace I felt will always be remembered. 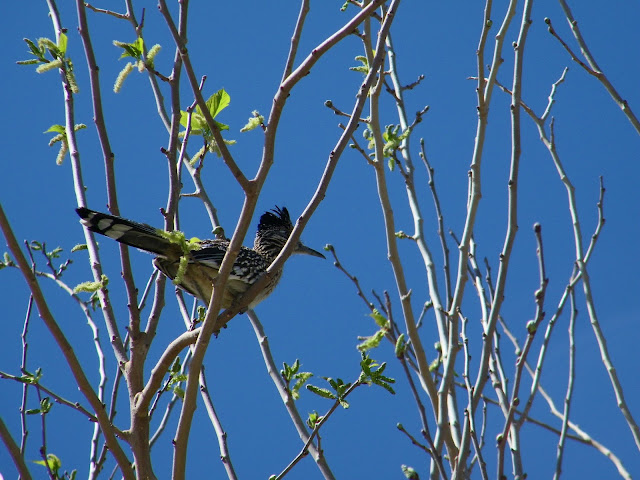 Then after our anniversary in 2009, which had been a rough one for other reasons, here it was again. It made itself known that it was here and brought me out of a fog that had blanketed our journey for a while. This time it hung out above and around the trailer we had bought a few years earlier. I guess it had been hanging out there for a while as a friend who was using our wood shop saw it often. I guess she was watching over him too. Finally I got to have my time with it, and once again I saw it as that sign of answered prayers and I knew what I needed to do as I prepared us for the upcoming races. I could be making more out of it then some can believe, but at that time, with the prayers being said, I felt they were answered by its appearance!

This is what it created just a few days later.... 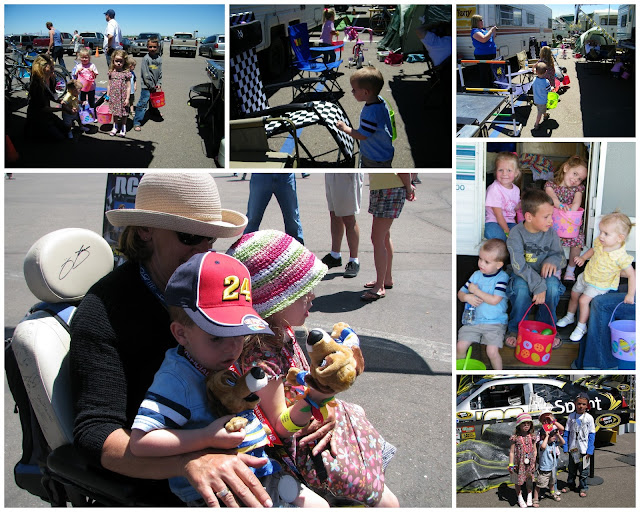 An Easter Egg Hunt at Phoenix International Raceway! Memories made that weekend were so precious and dear to my heart. I learned to not focus on all the problems that had been hanging over our heads. I learned to give them up to the one who can handle them for us, allowing me to see just what He had wanted me too, the joy of a family strong and full of love.

I also learned later that the roadrunners only live about 7-8 years, which could be why we haven't seen it since. It came during a time we needed it's presence to help us through some really bumpy roads, that had us winding up a steep mountain as well. Grief is a journey all its own.

Little did I know then that the angels would continue to bring me more birds to brighten my days. I just LOVE "God Moments"! From a sunrise, to a sunset, from the birds and the flowers that grow, to all that is Gods. It just fills my soul.

Then, once again out of the blue in the fall of 2014 I had another visitor. Looking back, I know why, Aggie was going to be leaving me soon..

I heard a screeching that had me go out to see just where it was. Hawks make a very distinct sound. I finally found it perched on a pole overlooking the funny farm. For a number of months it was its place of choice to perch while gazing at the field. With all the baby chicks from the free range chickens and turkeys, that got out of control, (remember when a turkey laid her eggs in the "Grand's" bike area) there was always an abundant of them, making their food supply more like a fast food restaurant. Nature has it own grocery store here. Unless they are domesticated, cooped and corralled, it is just part of the normal food chain and there is no corporation that has control over it. Just God!

Now you know why this guy just LOVES hanging out around here! 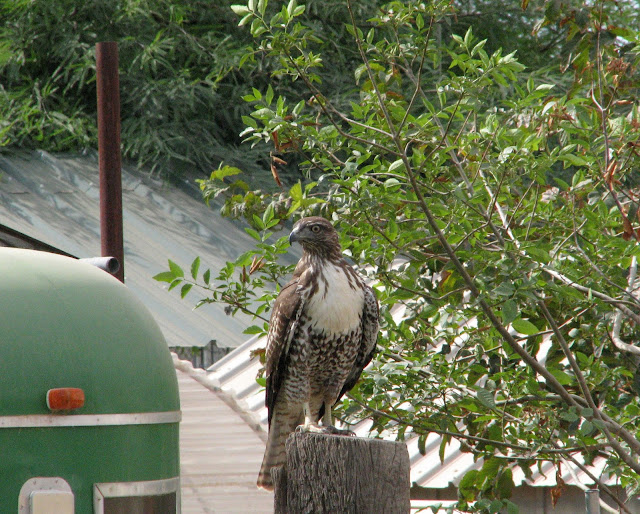 Then a few months later... 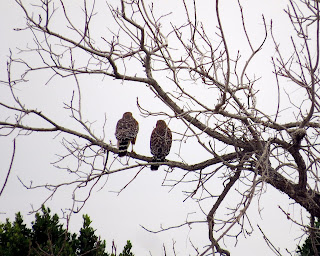 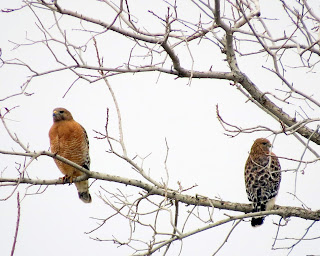 There were two! I watched them fly and dance in the sky almost every day. It was incredible. I think they made a family, however I never did find their nest.

I still hear them every now and then but have yet to capture them for a while. Either I see them and had no camera available, or they were flying to far away to be able to capture them. I have a great zoom on my camera but it does have it's limits. I hope I get to capture them again, they are just so beautiful.

Now this year I have had some birds that I don't know exactly who they are. I try to capture them as best I can. You just can't get a bird to sit still! Unless of course you have a feeder! I am getting better at it though. 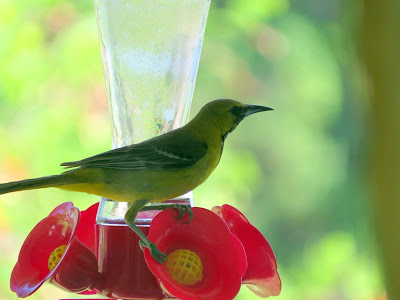 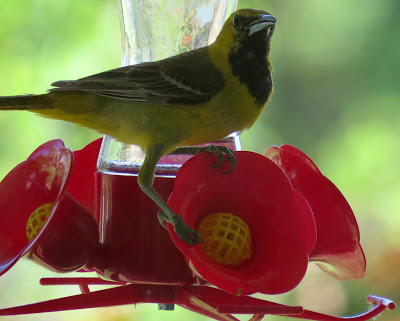 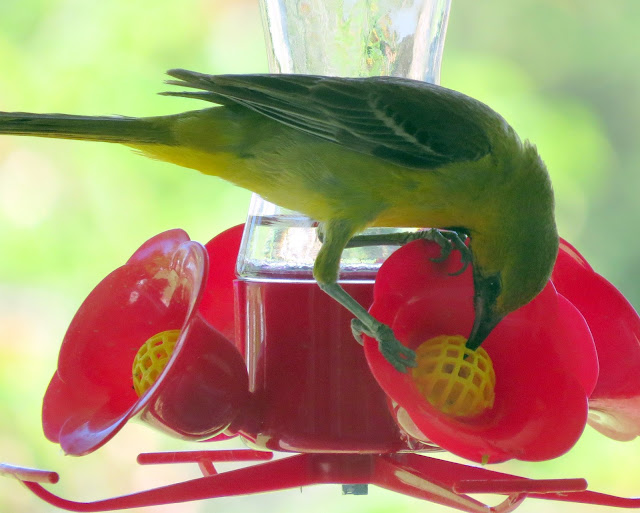 This guy or gal thinks it's a hummingbird? I have to startle it for it to leave the feeder because its weight weighs the feeder to one side and spills all the nectar. Why doesn't it eat from the other feeder in the yard. I guess maybe I should add more. With the assortment pre-made feeders for all type of birds, hanging a couple more wouldn't be a problem. Before I know it I'll be buying the feed in bulk! 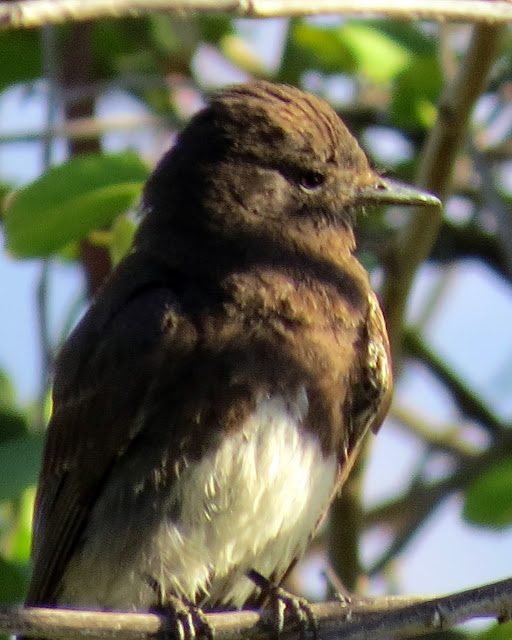 Then there is this guy or gal. I wonder, could it be one of the hawks babies or a relative? What do baby hawks look like? Google helped some. I'm just not positive though. The beak doesn't curl down. So I don't know what kind of bird it is.

Since I am not an ornithologist, and I might be having a hard time identifying most of them, one thing is certain, I am not giving up. 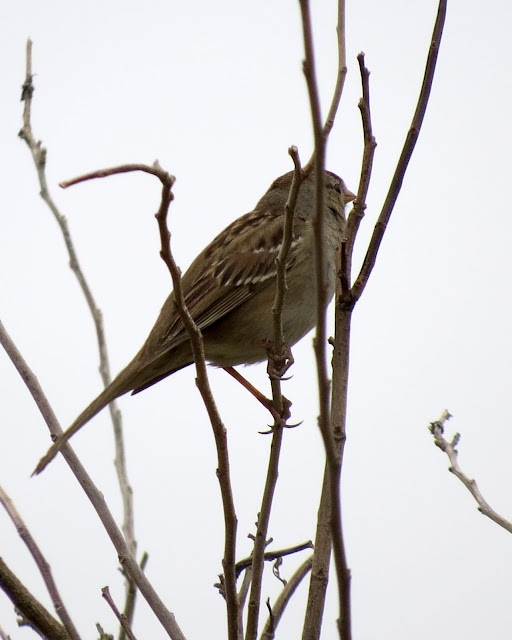 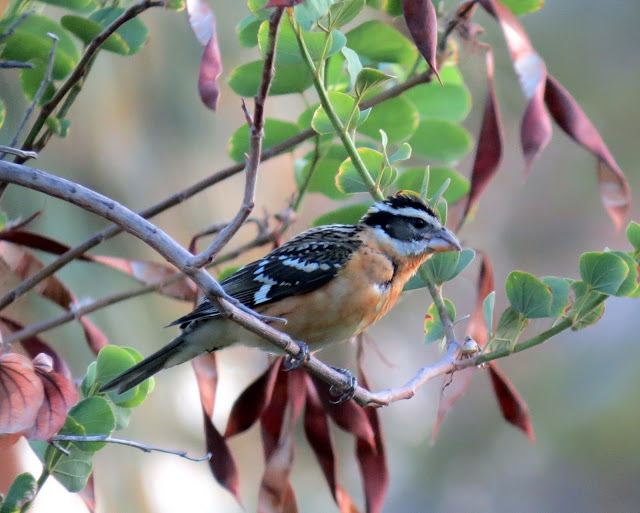 While searching the internet to find out what kind they were, I did find and ordered a few books. 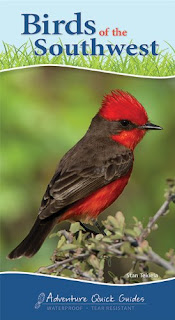 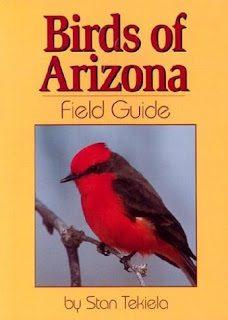 I also found a poster 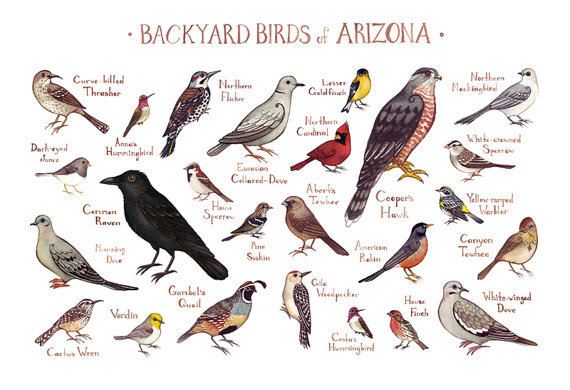 Unfortunately I also have plenty of pigeons and doves. Honestly, sometimes I can't tell them apart. The pigeons and doves have taken over a couple of the palm trees. It's like a condo for them. Pigeons on the left, doves on the right. Hahaha! Humor is a must. Getting someone out here to give me a quote to trim or remove, has even been a joke. I'm sure it has to do with the weather so I'll be patient till the weather cools.

They are my dirty birds! They make a MESS! Plus the doves drop ticks and I am tired of dealing with them too! These guys just hang out everywhere though!

What's a girl to do? 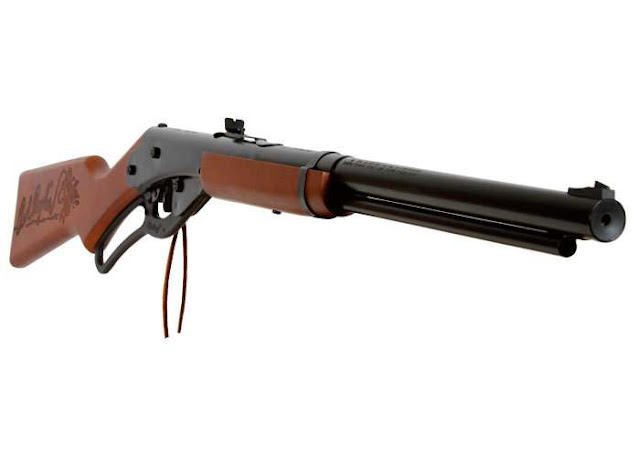 I do not shoot to hurt or kill, just to scare them off. I don't know how I would feel if I actually hit one! It's not some high powered air rifle though. I doubt the BB's would really kill them, but still, I don't even want to find out.

With the mess aside, it is a blessing to be able to enjoy the peacefull mornings, while experiencing all these flying beauties. Their songs are magnificent. Reading about their habits have been interesting. Who'd of thunk I would become a bird watcher in my golden years! This could be fun!
Posted by: Elizabeth