OH! What a Night!

It all began Friday night and after midnight, so I guess I should say "OH! What a Morning!"

Hubby woke me sometime after saying the winds had taken out the power. He had the generator hooked up on the trailer if I wanted to go out where the AC was working. I chose to stay put and go back to sleep. Somewhere around 2 the automatic lights came on causing me to wake up. I went out and told hubby the power was back on, and like me, he chose to stay put too. He was so sweet though! He had both beds made out in the living area, one because the AC unit cools the living area faster then the bedroom (we are going to have that investigated), and two the bed in the bedroom had been stripped for washing. Throwing a sheet down was so much easier in the middle of the night.

I settled back down to sleep until around 4:30 when I was woken up by some lightening. Not just some! LOT'S! All of a sudden, all this lightening and thunder was CRACKING right over us. The dogs were not happy with what was going on outside, and wouldn't leave my side as I prepared for another possible power outage. There was really no going back to bed at this point. Hubby was asleep in the trailer so I might as well do my other morning stuff before the lights go out!

Then there was this LOUD CRACK and a bright light that was like daylight, lit up the back property. Dang that was close!Then another one lit up the pasture north of us just second later. Umm, this is getting pretty serious! More CRACKS, and more CRACKS just kept coming one after another, barely letting me count to 2 before the walls would rumble from the LOUD THUNDER! Lights go out! More CRACKLING! Then the rain began falling so hard I had my own flash flood going past the patio as all the water funneled unto the lawn, filling it up as if we had irrigated. On the other side of the house the same thing was happening, flowing out to the beach. Until it slows down, I am not going out to wake up the hubby. He can either sleep through it or wake up because of it. I myself am staying dry and safe until then. 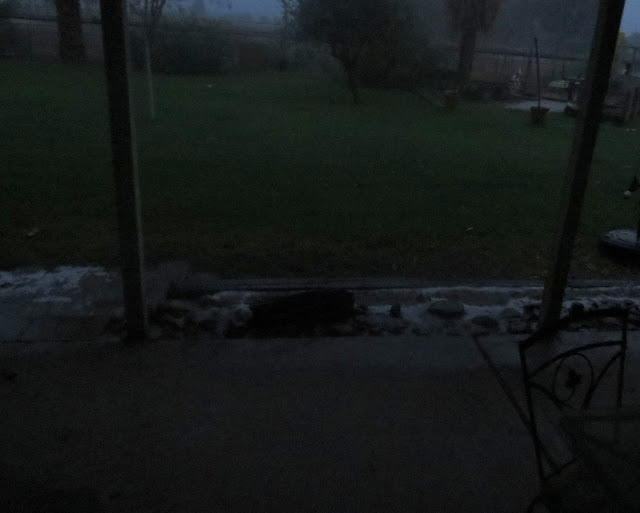 The view out my window at 5:46 AM! I have gone out for lightening pictures before, but NOT this time. It was to close to step one foot outside!

With so much water at one time all you can do is direct it's path. Over the years we have established some of our own little washes allowing water to flow away from the house. Even the driveway drains onto the lawn area. Except when you have laid down a rug at the entry to the trailer, right on top of the drain. OOPS!

It didn't take long for hubby to finally wake up to help. By 6:30 he was using the forklift to pick up the soaked rug, then maneuvered it to drop over the fence so it could drain and dry. He then brought over 3 pallets and laid them out in front of the trailer steps creating a deck to walk across the water. He managed to clear debris around the drain so the water could drain. We brought the dogs out to the trailer and settled in for the morning, waiting for the waters to recede. 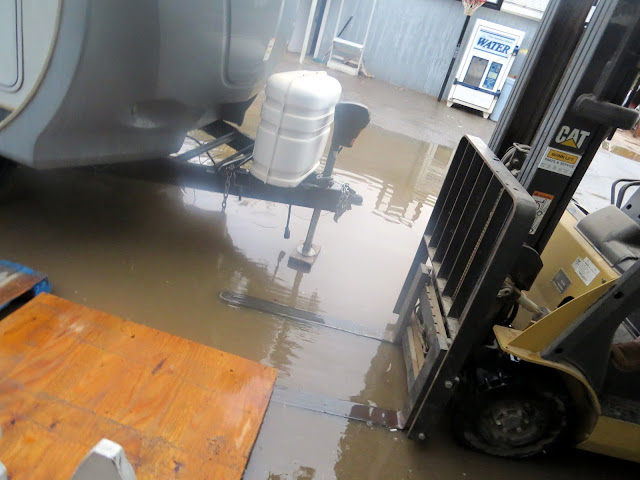 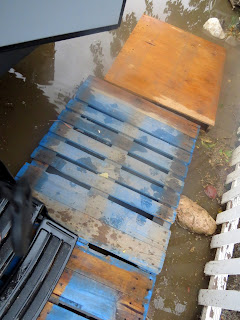 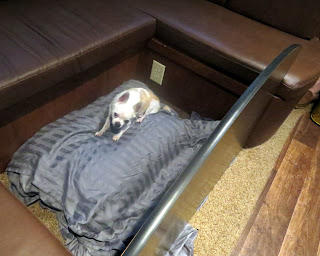 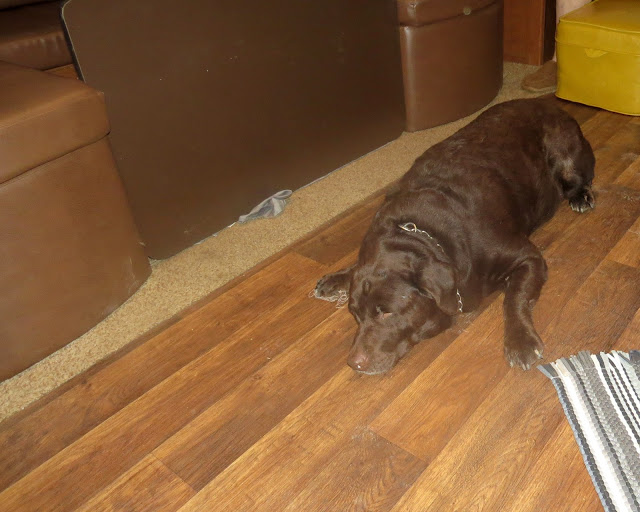 No power, No water, No TV. No internet. Unless you're lucky enough to have your trailer in your driveway where you not only get TV, but DirecTV. Having a generator to meet your electricity needs is a must, and add in a hotspot for your cell phone, we've got things covered. I am so glad I asked my daughter about this last year while up in the Napa Valley.  I LOVE the abilities it allows me from road trips to camping trips, if there is cell reception I can get online.

While we get to hang out in the trailer,  and I just cant sit there, I start putting around seeing what needs done before our next trip out. After all its been almost a year since we have had the chance to take her out. While rearranging the dish cabinet I realized I never did finish getting the rest o the dishes in the set I had picked up when we first bought her. 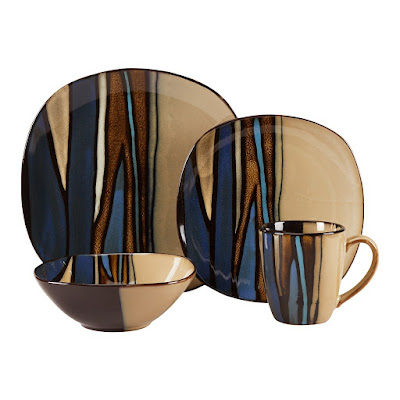 Now's a good of time if any, right!


I begin searching for the Gibson pattern I have. After about an hour it was clear I was not going to find anymore pieces. I had dinner plates and salad plates and decided to get a solid bowl and mug to match.

While I was doing this, hubby was trying to get the driveway drain to drain. When he plugged in the dry vac it overloaded the generator and tripped a breaker.

Feeling claustrophobic, and him being frustrated, I suggested we just leave her off, pack up and head to the store. Our power people said power should be back on around 1pm, so that gives us plenty of time to kill.

Why do we say that? Kill time? I would rather say, plenty of time well spent spending can be splendid!

To complete the dish venture we went to the store we bought the original, with some hope they would still have some left. I couldn't believe what we saw! I always call times like this, "God Moments," because they shouldn't have had any, but they did and still had plenty of inventory. I got the 4 bowls plus 4 small h'dourve plates instead of the mugs, and a large serving bowl. I was so tickled that I got to complete the set instead of settle for something to match. I LOVE those moments.

I think I might go back and get the mugs after all.

Just as planned, when we got home, the power guy was leaving. Hubby pulled over to talk to him and was told, "It was just restored, have a nice day."

Our Journey Through LIFE at home!