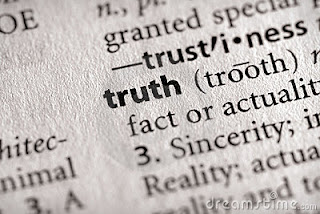 "The truth is always the truth!"

I have always said and will always believe, the truth never changes.

"Truthful lips endure forever, but a lying tongue is but for a moment."   Proverbs 12:19

It doesn't matter how much time will pass, the truth will always come out. 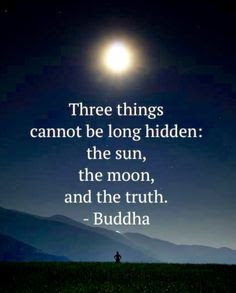 Have you ever had to cover up the truth with a lie?

I thought I was protecting the family because the truth would destroy it. Boy, was I wrong!

To find out years later that so many already knew the truth and had been covering it up themselves hurt beyond words. I was the child watching those older do exactly what I was being taught not to do.

Had I followed in those footsteps, the journey might have been different, but I can't imagine it would have been better.

I would say covering it up hurts so much more. I learned who I could trust and who I could believe in. Yes the truth hurt, but the lie hurt more!

"Then you will know the truth, and the truth will set you free!" John 8:32

"Hurt me with the truth, but don't comfort me with a lie!" anonymous

"When in doubt, tell the truth!"  Mark Twain 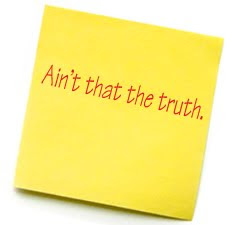 Every week Friday arrives at the same time, and ends at the same exact time every week. They might not always be the same, but it will forever be the day of the week known as Friday. The first day before the weekend and the last day of a work week. Well, unless of course you work weekends and then Monday or Tuesday or Wednesday is your Friday. But the truth is, Tuesday is always Tuesday and Friday is always Friday.

Ain't that the Truth.