Take Me back, Take me Back, Way Back Tuesday

Where we will be going from here, only God Knows.

In 1975 we were on our way toward an incredible journey! 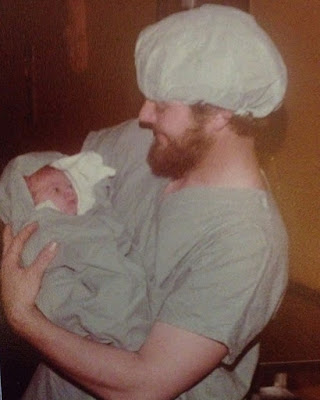 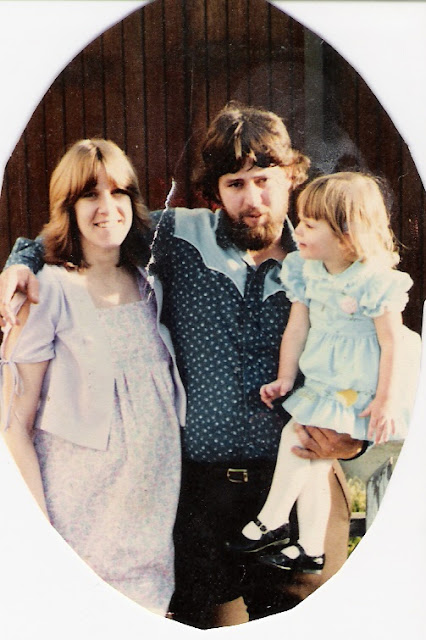 Way back, way back then, ultrasounds were not routinely done as they are now.

Way back when I was about 5 months along, we questioned if I was having twins. My tummy got really big fast! With my first pregnancy, I didn't begin to show like that till 6-7 months. I looked like I was 7-8  months along! She examined me, listened, only heard one heartbeat, and measured which had me right where I should be with a second child.

This is me a week before they were born, on one of the hottest days imaginable. 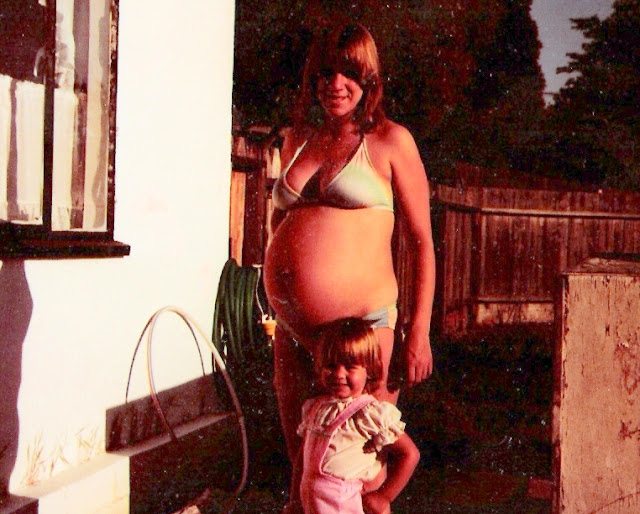 By then I had heard numerous times, "Are you having twins?" but the doctors (who were actually like midwives with a doctoral degree, had me go through a special program to be the first women to give birth in their new birthing center.) continued to treat me as if there was just one. Everything pointed to one baby. Even during one of our false labor, which really wasn't false, my contractions just stopped leaving me 3 cm dialted, fully effaced and the head was right where it should be, they lost the heart beat on the monitor. It took the nurse a few minutes to find it again and on the other side of where it had been. My husband asked why and she said the baby turned. His first remark was, no way, he would have seen the movement. They sent us home until the labor picked back up. Two weeks later, on June 1st while sitting at home resting, my tummy got really tight. Was this going to be it? As it continued to get tighter, we felt like what was the baby's butt and maybe the back, at the top of my tummy. We called the doctor the next day, and we went in to make sure the baby hadn't turned. That is when she ordered the ultrasound, fearing that and the fact that maybe the baby might be to big for me to deliver.


While laying there, my husband exclaimed shockingly, "Are ALL those hands I am seeing!"

The technician just left the room coming back with the doctor.

This is what they found. 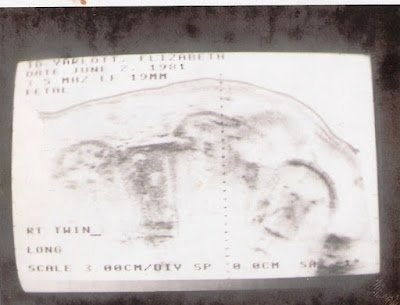 What we had felt the night before was indeed a butt but not a back, it was TWO butts!

I delivered them 2 days later, during 4 hours of ALL NATURAL, head spinning, childbirth you could imagine. 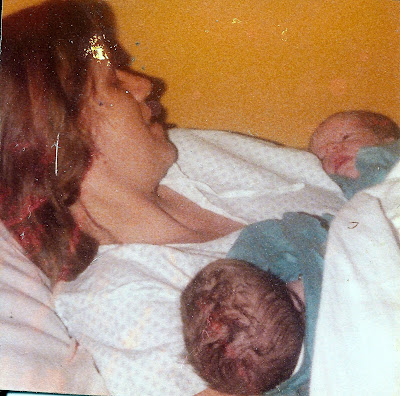 Now we were a family of 5 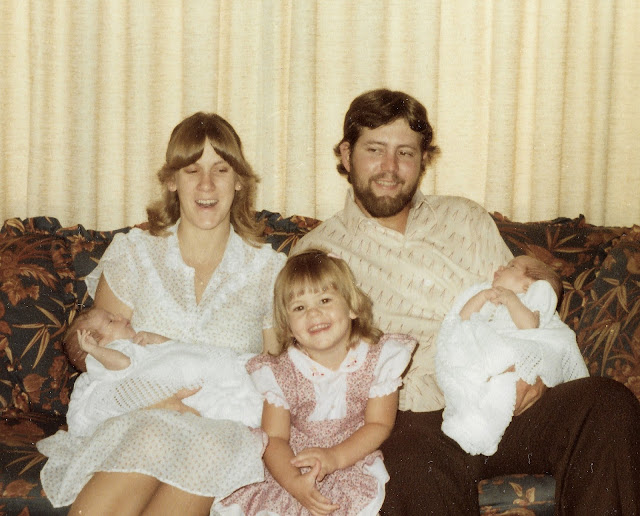 Our Journey Through LIFE has begun!
Posted by: Elizabeth